Zbrush in my life, round two

As an incredibly hot summer (that tried to murder everything on it’s path in Europe) fades to a pleasant fall in Helsinki, it’s time to pick up some creative slack. I’ve been toying around with this gnome character in Zbrush. It’s based loosely on one earlier lowpoly figure, but the further I progress, the more vague the reference gets. The original goal was to make a quick mannequin and then dress it up in Marvelous Designer, but the emphasis has shifted ever so slightly into it being Zbrush anatomy piece. The dress-up phase is still coming though.

Right now I’m somewhat happy with the main shapes. Some in-between areas still require some work and the backside could use a second look. The overall feel is bit too muscular maybe, and could be taken couple of notches more to the cartoony direction. Slowly though  things are moving along. The current pose is a very crude and fast mock-up. Joints were dislocated. Things were bent from the wrong places. The final character will have a decent rig.

This piece probably won’t be made into a PBR model, but will be a highpoly showcase instead. Anyway, stay tuned: pretty dresses are coming. 🙂 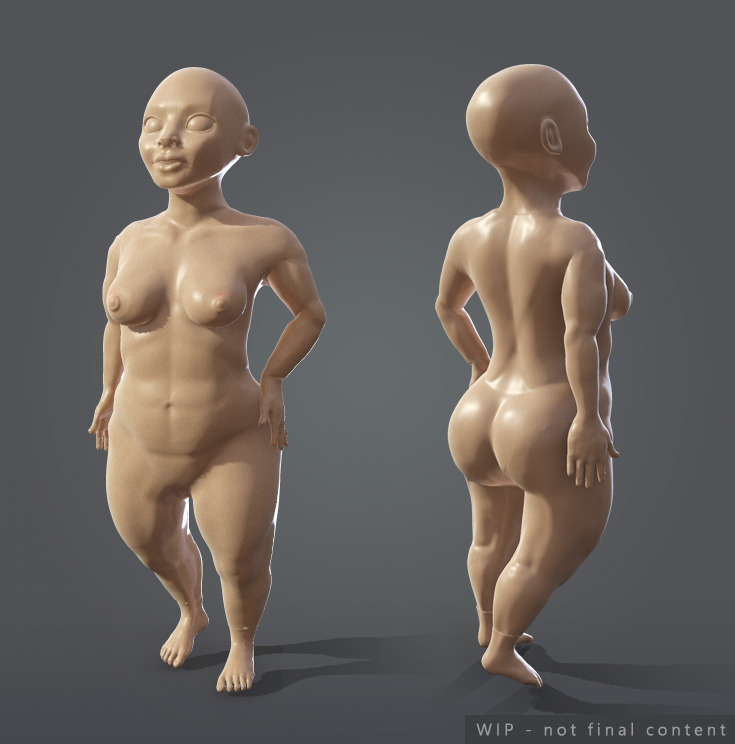