The gnome character: rigged and pose-ready

The gnome character has finally had a retopo and is fully rigged. I named the model Ilona. She is now fully set up for show in Marvelous Designer. I was trying out if importing animations works properly, which turned out to be handled rather nicely and hassle free in MD . I really liked how they keep all internal data in separate files that can be called upon, so switching the avatar mesh quickly was convenient. I couldn’t figure out yet how to import the rigify-made rig so, that it would be movable in MD (the bones are there, but the hierarchy is garbage after the export, and you cannot edit it internally there), but the animations come through beautifully, so that solution works ok for now.

After everything was set up, I couldn’t resist but to throw on some test clothes on her and do a fast render in Marmoset Toolbag 3. These clothes are just some stuff that that ships with MD, so I just quickly modded the patterns to make them fit. The character needs still some fine tuning, but I’m pretty happy about the recent progress. Next up: some groovy cloth designs and classier renders! 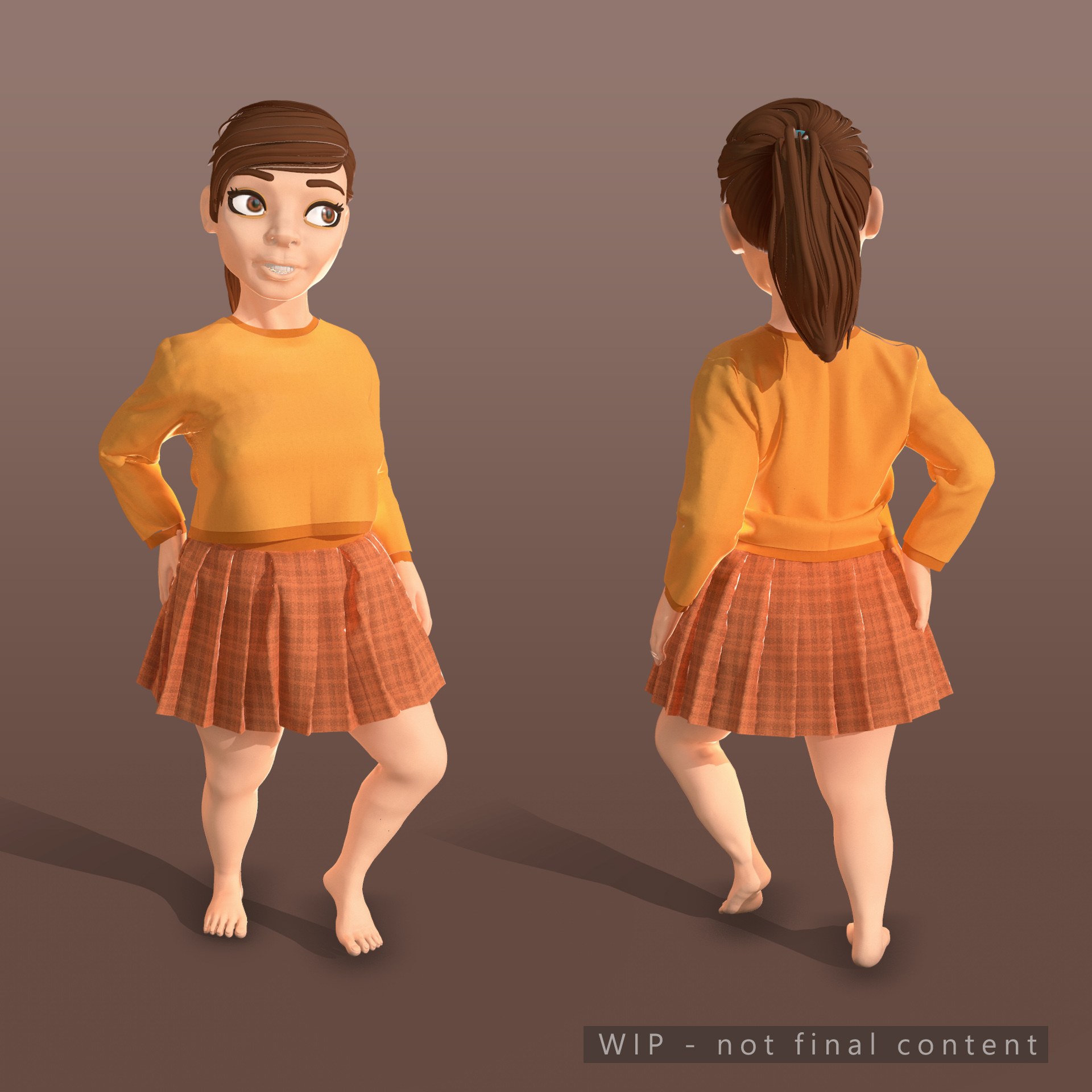