I bought a small tutorial package (by Travis Davids ) about making hats in Marvelous Designer during black friday, and I’ve finally have had some time to try it out. Pretty cool stuff! Especially the crown caught me by surprise, that this kind of item would even be possible. I’m mostly just following along the tutorial, so these probably won’t get posted in the gallery, but I wanted to share a quick pic of them. Didn’t spend that long tweaking the render, which was done with Blender and cycles. The heads in the render are also from the tutorial package. Materials are mostly just colors and normal maps. The shader for the gold and the jewels is from blendswap. There are another 5 hats that I didn’t try yet. Probably going to post a second image when they are crafted. 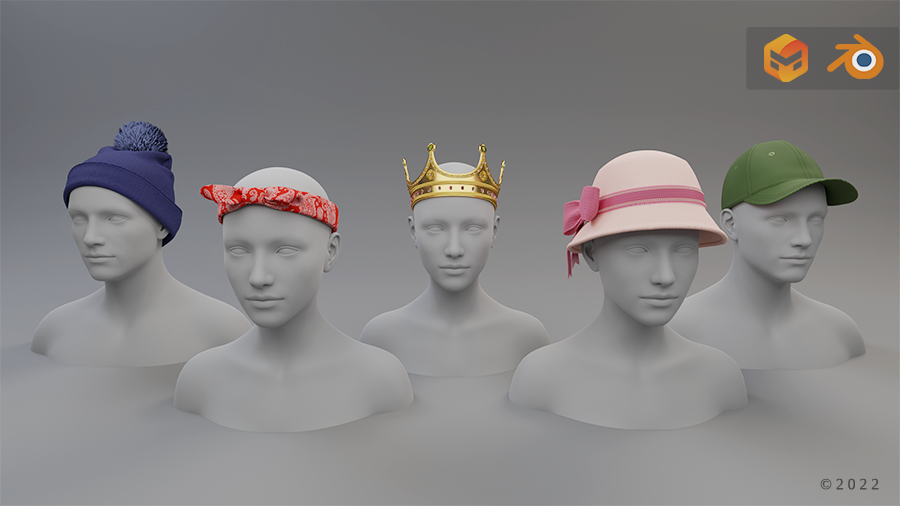